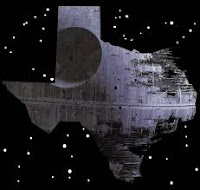 Why wait until the election is over? Via BLCKDGRD, I see that the nightmare ray is already up and running. Ian Welsh is right, the next four years likely will play out like that, no matter which team is involved. This is not "San Francisco will clown on Texas," it is "Whomever wins the World Series will play at least 35 1/2 innings of baseball."
Posted by ¯\(°_0)/¯ at 1:07 PM No comments: 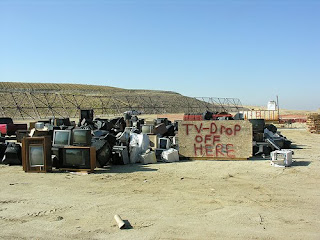 A ghost of a zombified ghoul. Do they even have televisions in Texas? San Francisco? Is that really a city, or just a boogieman created by Ralph Reed? Who could possibly have known that baseball teams existed outside of Boston and New York? Even if you did know, would you want to watch a baseball game that does not prominently feature Taco Bell spokespeople?
Posted by ¯\(°_0)/¯ at 10:08 AM No comments:

Email ThisBlogThis!Share to TwitterShare to FacebookShare to Pinterest
Labels: Unspeakably Spoken Horrors
BLCKDGRD says "I will be glad when it's next Wednesday." Of course, this could just be the result of a disturbingly cheery outlook of life, or maybe he is just excited about the DVD release of an old made-for-TV movie starring Mr. T, but, given the context of his post, I think I can assume he will is growing weary of being told how important it is he votes on Tuesday, and Wednesday will represent the end of this tirade. It won't. Of course, being told to vote will momentarily subside, but it will be replaced. The chattering classes will not stop, and their parasitic ideas will still infect the brains of seemingly normal people who will become disturbed and terrified by one Republican after another. My prediction: liberals will be upset by one Congressional investigation after another, complaining about how hard it is for poor Mr. Obama to accomplish anything now. "Cognitive dissonance" will became the slightly misunderstood phrase of the day. And nobody will even notice that the Giants beat the Rangers.
Posted by ¯\(°_0)/¯ at 10:03 AM 1 comment: 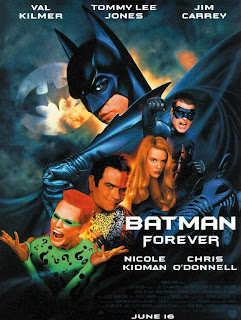 Sort of the gorgon sister to the Medusa of our last costume. Can you even imagine what life would be like with a Republican dominated Congress? Among the many horrors we may endure are wars, both overt and covert, increasing government interference with individual liberties, an escalation of deportation, and shitty Batman movies. Truly a nightmare world. 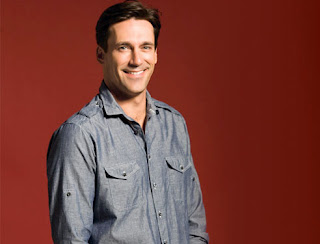 A modern twist on the centuries-old legend of the vampire, Guy Without Health Insurance is a similar ghoul that presents a charming, almost comforting facade which hides the monstrosity that lurks beneath. Therein lies the true horror of such a creature: they may look and act just like us, but underneath the almost too-human characteristics resides a monster that refuses to work at a menial, soul-crushing position for the benefit of joining some sort of sick lottery that only pays out if you suffer a catastrophic injury or contract some little known disease. Thankfully, a Democratic Congress and President were able to band together and strike back at this beast, and all it took was an even larger increase in the insurance premiums for the rest of us!
Posted by ¯\(°_0)/¯ at 2:30 PM No comments: 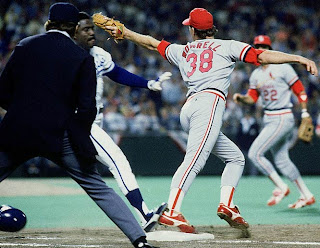 An ever present nightmare for sports fans around the world, or at least those paid to make noise over radio waves, Blown Calls in Sporting Events represent the perfect storm of our 21st century fears: incompetent authority mixed with a denial of technology. The only method of defeating such a monstrosity is almost too painful to even contemplate: accepting that accidents happen and that IT IS JUST A GAME!
Posted by ¯\(°_0)/¯ at 8:43 AM No comments:

Again with the IOZ:

Somebody at SMBIVA criticizes anarchy, sort of using IOZ (or, at least words that IOZ chose to put on his blog) as a starting point/almost an example, which prompts IOZ to respond, which prompts comments along the lines of both "why are mommy and daddy yelling?" mixed with "why would two people want to spend time exchanging ideas with one another?"

Is this a product of our catering-to-the-individual consumer culture, or has heated discussion always been frowned upon as a "legitimate" pastime?
Posted by ¯\(°_0)/¯ at 2:32 PM 1 comment:

IOZ is responsible for this, and of course uses the best line as his post title. If anything sums up how I feel on almost a daily basis, it is the final line: "Play Renegade or something, I've got to get myself together."
Posted by ¯\(°_0)/¯ at 3:19 PM No comments:

Email ThisBlogThis!Share to TwitterShare to FacebookShare to Pinterest
Labels: Play Renegade or something I've got to get myself together

The 2010 Nobel Prize for Literature was awarded to Mario Vargas Llosa. As swine, I am unfamiliar with his work, but Scott Horton just published Bacon's Man on his blog. I am relatively unmoved by prestige of a Nobel Prize, but if the rest of his work is as juicy as that piece, I may have to take a bite.

If I were a mummy I would be very frustrated with the lack of respect I receive. Vampires and werewolves seem to remain popular. Mummy popularity has definitely waned, perhaps to an all-time low. Pharaohs used to be very popular people, which is easy to understand given that they built impossible structures and snake-fought Moses and talked with extraterrestrials. Mummies used to live in what are now museums, and now live in what are museums. People used to travel to see them, and were presumably impressed by what they saw. People now travel to see mummies, and are presumably impressed by what they see. Every time I see a mummified Egyptian I am impressed by how small they are, and also remember hearing that Cleopatra was really not attractive, although that may have been Roman propaganda that has survived the decline of their empire, albeit without the mummies.
Posted by ¯\(°_0)/¯ at 11:16 AM No comments: